How To Play Narrative

All you need is one person to stand in front of your group. Maybe that’s you?

Explain that you want everyone to watch carefully as you move your hands back and forth in a particular pattern. Perhaps alternating left and right, or up and down, it doesn’t matter much. Just make sure that at some point your hands cross during the journey.

The fun part is that you ask your group to clap every time they see your hands cross. It’s at this point, I rediscover how much I love this game, energiser, diversion, call it what you like. The intense focus and concentration on people’s faces is priceless.

So you start passing, slow at first, then in rapid succession.

And then, I suggest, you get tricky. Make out like your hands are about to cross, but you suddenly stop short of passing. Guaranteed, money in the bank, this lark will cause your group to clap, and then quickly realising their mistake, laugh out loud.

You need only present this Clapping game for a minute or so, and it will produce the desired effect. Your group will now be bubbling with more energy, and there will be smiles and laughter aplenty. Job done.

You may not even need an introduction to kick-off this exercise. I often just enter the space in front of my group (or audience sometimes,) position my body, arms and hands to get everyone’s attention, and begin.

The key to the success of the clapping is to encourage your group to clap at the precise moment your hands cross one another. It should occur as one very loud clap. Do not progress into the funner parts of the exercise until your group has grasped this basic concept.

You could integrate the Clapping Game as part of a well-designed SEL program to promote and maintain healthy and supportive relationships.

You can learn more about SEL and how it can support character education here.

It is possible to speak to many metaphorical connections between this quick energiser and the development of healthy and respectful group norms.

For example, you could invite your group to connect the feeling they got when everyone was clapping in sync to the possible results when the group is working together effectively. The processes to achieve the latter may be more complex than performing a series of claps, but the impact is the same. Or, focus on the impact of your leadership and how it helped your group achieve success, ie your sequence of progressively more difficult beats helped them be successful.

Another programmatic application could be to invite each person to reflect on their ability to regulate their own impulses to respond to each clapping pattern exactly as delivered, ie to keep in rhythm with the rest of the group or to be accountable. When one or more people do their own thing, the group and the results are out of balance. To this end, you could raise the question, in the context of the group’s overall effectiveness, what does it look like when the group is not (metaphorically speaking) clapping simultaneously? 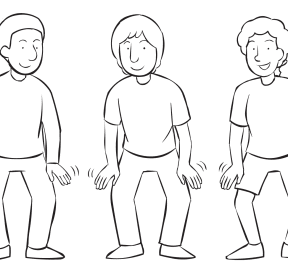 Coming & Going of the Rain 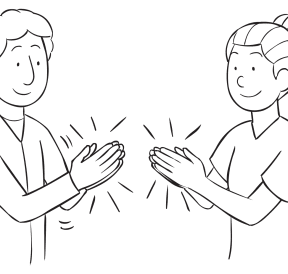 For the perfect opener, don’t speak. Simply get your group’s attention, and mime what you would like your groups to do. That is, indicate by way of demonstration that every time you cross your hands, you (point to your group) clap your hands.

Can everyone see my hands? [wave them around a bit…] There’s nothing special about my hands, but it’s important that you watch them. Because, in a few moments, I can guarantee that most of you will not be watching my hands at all, and get sucked up in the moment…

Coupled with one or more reflection strategies, here are some sample questions you could use to process your group’s experience after playing this infectious energiser:

The inspiration for the Clapping Game, and many more audience-participation exercises, was sourced from the following publication: 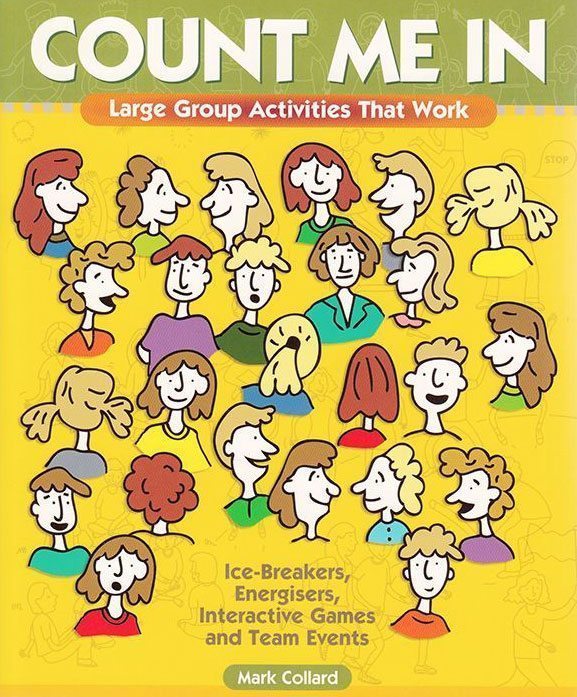 Have you played this activity? What worked, what didn't work? What type of group? Do you have useful advice for other users? Do you know a fun variation? 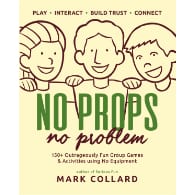 When you’re a member of playmeo’s exclusive activity database, you can unlock 500+ premium activities – just like this one – immediately.

Click below to login or become a member today.

You’ve found a great activity, but…

… compiling a list of favourites is only available to our premium members. Please login, or choose to sign-up, by clicking one of the buttons below. 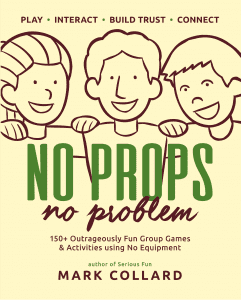 NEW – No Props No Problem 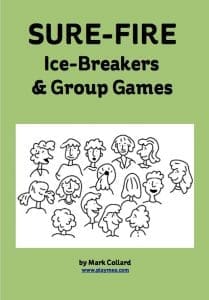 Ten of the best no-prop, interactive ‘get-to-know-you’ games & activities. 100% fun, your group will love ’em. Our most successful giveaway, 10,000+ downloads so far…